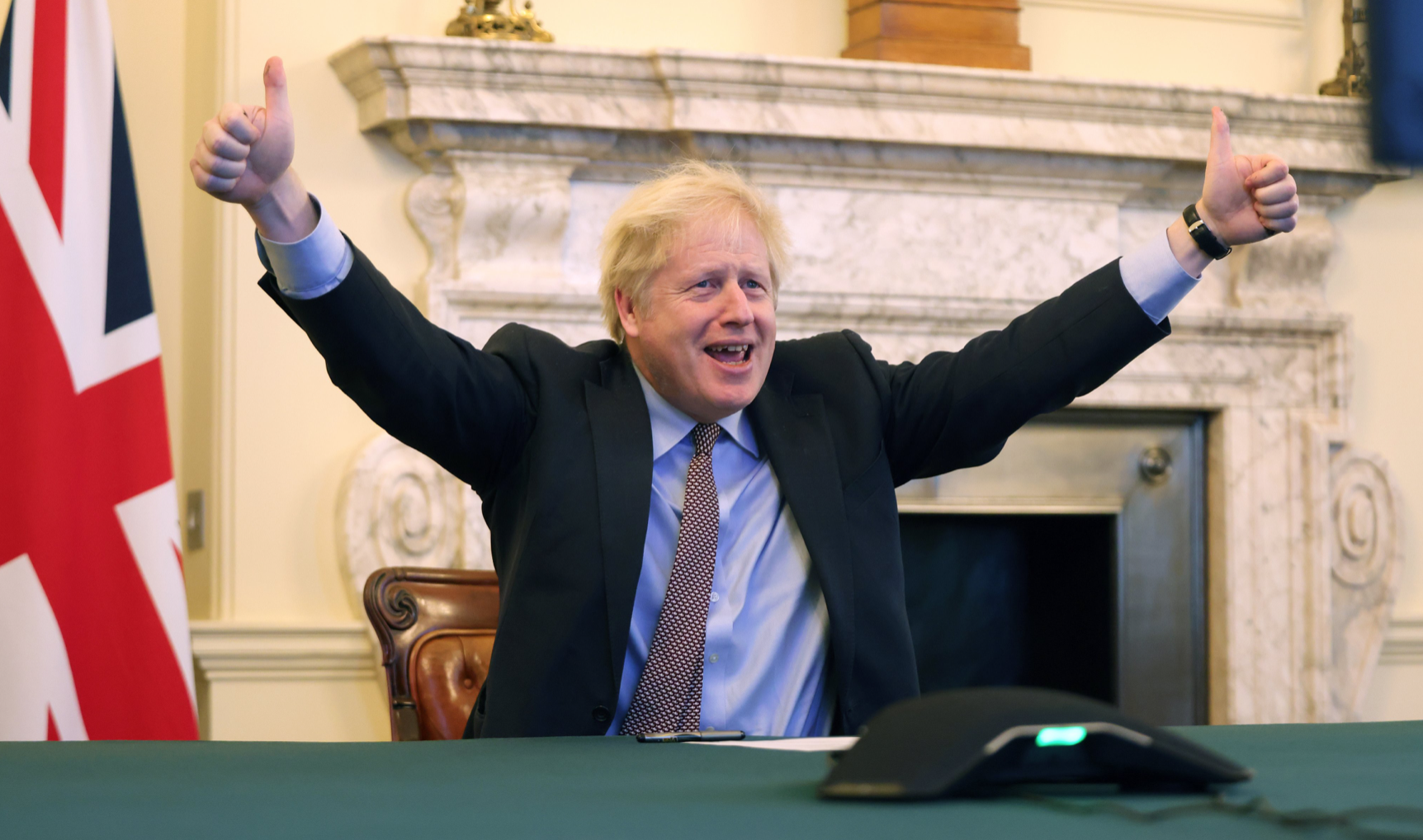 On Christmas Eve 2020, a respite from the constant COVID commentary finally came to Europeans in front of their televisions as news of the Brexit deal was finally delivered in dueling press conferences in Brussels and the UK. Amid a lively slew of announcements, Boris Johnson surprised viewers by declaring the UK would be leaving the Erasmus+ program. The decades-long program was “too expensive.” Rather than accepting the EU’s offer to stay on as a non-EU state, like Turkey or Switzerland, the UK would instead be creating its own program, the ‘Turing Scheme,’ so UK students would “have the opportunity… not just to go to European universities, but to go to the best universities in the world.”

Symbolically, the decision drives home Mr. Johnson’s determination to cut the cord from the European project. Unfortunately, the withdrawal deprives UK students, apprentices and teachers of a vast network of thousands of universities until its new scheme can catch up, and it has hampered one of its strongest sources of soft power—the lure of its world-class universities.

Saying ‘goodbye’ to the Erasmus Generation(s)

Erasmus, recently revamped as Erasmus + in 2016 to include opportunities for teachers and apprentices and enlarge cooperation with countries around the world, has often fueled narratives of a freely mobile European youth. Academics have long foreseen an ‘Erasmus generation’ of alumni who would someday harbor more positive attitudes toward European integration than their forebears.  Movies like Pot Luck (better known as L’Auberge Espagnole in French) played to this narrative of a new generation of European students of mixed nationalities living, studying and eventually sleeping with each other.

Aspirations of a long-term contribution to European integration were not absent from the minds of EU policymakers themselves. Explicit objectives of increasing skills among a heterogenous market of job searchers have commingled with greater ambitions of making youth more open to foreign cultures and even as far as finally solidifying a true European identity.

Like many EU initiatives, its stated objectives have varied depending how it is being championed. Although its foundations had been laid out by 1985, the ECJ, in its decision Gravier v. City of Liège that year, ruled that EU member states were required to allow nationals from other member states to access ‘vocational training.’ With the spectre of uncontrolled migration of students, the decision added pressure on the council to adopt the Erasmus proposal.

At the same time, Michel Richonnier, a cabinet member of Peter Sutherland, commissioner for Competition, noted the need to encourage a mentality of cooperation among Europeans in order to the “economic and social development of the community as a whole” as he dramatically scaled up the proposal.

The program is now part of a broader European Education Area set to take shape by 2025. This strategy’s goals include increasing overall mobility across countries, ensuring seamlessness and recognition of diplomas between universities and high schools, and making trilingualism the new norm.

The European Commission promotes the program as a driver in support of multiculturalism among younger generations. The 2017 Erasmus Annual Report pointed out that 93% of mobile higher education students say they are more receptive to Europe’s multiculturalism after their stay abroad.

However, Iain Wilson from the University of St. Andrews has questioned the methodology of studies that ask students simply after their experience how they feel about Europe, but also insinuations from others that the program contributed to deeper European identity or greater affinity toward the EU itself.

In 2008, he attempted to more accurately measure how much Erasmus changed participants’ political attitudes toward a more pro-European agenda. He polled participants before their studies abroad and afterwards, and also compared them with a control group of students. The findings showed that those who chose to study abroad through Erasmus typically began with more favorable attitudes toward the EU project than those who did not, and that those attitudes showed little change on average after the experience.

Although a clear picture of how the program can change political attitudes is still wanting, there is no doubt that the program provides a more international scope to participants’ lives long after they finish their studies. According to the Erasmus Impact Study published in 2015, 40% of Erasmus alumni end up living and working abroad. A third had a partner of a different nationality, compared with only 13% of those who stayed at home during their studies.

Alain Lamassoure, a former French Eurodeputy, is convinced that the more profound effects will manifest in subsequent generations, thanks to what Umberto Eco described as a ‘sexual revolution.’ In 2012, with austerity pinching EU spending, Mr. Lamassoure led a public awareness campaign to save the program’s budget, calling together a press conference, and most notably estimating that the international couples formed through the program had resulted in the birth of nearly one million babies. Today, he is willing to extrapolate that the number has reached two million.

The status of these Erasmus babies raises legal issues to which the EU has no response, a predicament that Mr. Lamassoure witnessed firsthand. “While studying in Scotland, my eldest daughter and her Spanish boyfriend had a child named Pablo. Three questions came up. First, whose job is it to declare the child at St. Andrew’s City Hall? Second, whose family name for the little Pablo? Third, which nationality? The laws between France, Spain and the UK were all different,” he says.

Going further, Mr. Lamassoure also insists on little Pablo’s self-perceived identity. “When he watches a match between Scotland and Spain, what team will he root for? For kids like him, sovereignty is abstract.”

Many EU initiatives have spill-over effects that bind member states into deeper interdependence. Babies with multiple nationalities are nothing new in Europe, but Erasmus may very well force cooperation between member states on naturalization and family law—domains jealously guarded by national governments. “Politicians and the media are not interested in it, but there will come a time when these millions of babies represent a European people,” he says. “What I really regret is that Erasmus alumni haven’t joined together to bring more attention to these issues and to resolve the problems created by this huge success.”

Losing out: The flawed notion of a zero-sum Erasmus deal

A future generation of European babies was likely absent from the arguments advanced by Michel Barnier in negotiations with 10 Downing St. But in terms of the UK’s own self-interest, Mr. Johnson was surely aware of the substantial funding the UK has received from the program, as well as the opportunities afforded to its students and teachers.

Half of British students who study abroad do so through Erasmus, totaling about 15,000 every year. According to the Erasmus+ UK National Agency, out of the €14.7-billion Erasmus+ budget for 2014-2020, €867 million were allocated specifically for projects led by UK-based organizations. This includes €200 million for the 2019-2020 school year alone as 1,207 received grant approvals, a record compared with all previous years.

Boris Johnson specifically insists that the UK ‘loses out’ financially with Erasmus+ because of the larger number of EU nationals studying in the UK. Indeed, 31,727 EU nationals studied in the UK through Erasmus in 2017, compared with 16,561 British students participating in the program.

His solution however of a replacement scheme will do little to raise the number of British students studying abroad. Meanwhile, not a single centime from Erasmus’s next five-year budget – a whopping €26 billion – will fund any European students anxious to attend British universities.

Although Mr. Johnson has pledged £100 million for his Turing Scheme (meant to send British students abroad while leaving foreign students to their own devices), the UK’s own House of Lords has put in doubt the scheme’s capacity to rival Erasmus+. According to a 2019 report, the upper chamber found that even if the UK managed to fund its own scheme with the same financial means, it “would be impossible to replicate aspects of Erasmus which are key to facilitating international exchanges, namely, the programme’s strong brand, trusted reputation, common rulebook and framework for partnership agreements, and its established network of potential partners.” The UK’s departure means the bureaucratic burden of building and maintaining relations with European universities will now fall to British civil servants.

The French former Eurodeputy sighs, “Their budgetary argument is miserable. They say more foreign students attend British universities than British students attend European ones. Well, all the better for British influence! Nobody is forcing Oxford to welcome Erasmus students and make them pay fees. Sure, once European citizens start getting treated like other foreign students, they will pay more money. But there will be far fewer of them.”

Former US Secretary of State Colin Powell once said referring to foreign students in the United States, “I can think of no more valuable asset to our country than the friendship of future world leaders who have been educated here.” As the second biggest magnet for foreign students, the UK has little reason to think otherwise of its own educational soft power. One in seven countries has a leader who studied in the UK.

Erasmus+, available to all 27 EU member states, 6 associate non-EU member states, and partnered with more than 20 other countries around the world, opens the eyes of tomorrow’s generation to other cultures and languages. In the long term,  the resulting social interactions may very well produce growing generations of Europeans each with multiple nationalities, but its use as a soft power tool likely boosts the influence of the individual participating countries much more than it serves the political agenda of European Union integration.Asked if the UK could rejoin the Erasmus someday in the future, Mr. Lamassoure pauses, “Of course, it could be negotiated.”

Made by a foreigner

This blog is still on the press. Expect snazzier decor to come in due time!